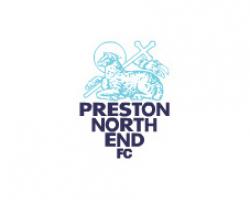 Preston 1-1 Rotherham: Match Report - view commentary, squad, and statistics of the game as it happened.Garner volley earns Preston drawJoe Garner's breathtaking second-half volley earned Preston a 1-1 draw in the first leg of their Sky Bet League One play-off semi-final with Rotherham at Deepdale.The visitors went ahead in a lacklustre first half when Alex Revell ran half the length of the pitch before firing home the opener to round off a devastating counter-attacking move.North End, aiming to end a play-off hoodoo which has seen them never go up via that method on eight occasions, had been poor but boyhood Preston supporter Garner ensured they will head to South Yorkshire next Thursday on level terms.Just after the break he chested a pass into him, flicked the ball over Rotherham defender Kari Arnason and smashed a dipping effort into the net from 25 yards out.Steve Evans' men had the better chances after that, Lee Frecklington squandering a one-on-one with the best of the bunch, as the two sides drew for the third time this season.When the Millers last visited Deepdale back in February they were two goals ahead inside 11 minutes but, with a greater prize at stake, the opening exchanges were understandably more tense.Garner appealed in vain for a penalty early on when Craig Morgan knocked him to the ground, from where North End's top scorer somehow managed to scurry forward and win a corner.Garner had scored in February's 3-3 draw and was again the Lilywhites' main threat with Paul Gallagher's cross almost falling right into the striker's stride.It was Rotherham who would strike first, though, with a clever counter-attacking move in the 21st minute

Ben Pringle clipped the ball down the left flank for Revell, who nodded past the fully-committed Jack King, and burst clear

He shaped to shoot towards the far corner but instead rifled the ball past Declan Rudd's right leg and inside the near post.The response never materalised for North End and a fanbase which has seen every play-off campaign end in heartbreak greeted the half-time whistle with frustrated boos.A normally raucous group needed some inspiration to lift them and they certainly got it with Garner's incredible strike four minutes into the second period

The 26-year-old took a Tom Clarke pass on his chest, touched the ball over Arnason and dispatched a sumptuous volley over Millers goalkeeper Adam Collin in stunning fashion.It had a galvanising effect on the home crowd, however Revell and Frecklington missed two good chances to restore Rotherham's lead prior to the hour mark

His touch was heavy, though, allowing Rudd to rush out and block the shot at the attacking midfielder's feet.Both managers turned to their substitutes' bench and it was the visitors who continued to look more dangerous, Rob Milsom's try from outside the box flying just wide.Lee Holmes failed to capitalise when Collin got caught under a cross from the left and Garner tried, and failed, to replicate his earlier goal as time wound down.In stoppage-time Rudd was forced into an acrobatic save from Millers substitute Haris Vuckic's header as the game ended in another stalemate